The East Coast-inspired Traditional, designed by Winston Brock Chappell and built in 2013, sits on an acre lot with a 59-foot swimming pool, an expansive lawn and mature trees. 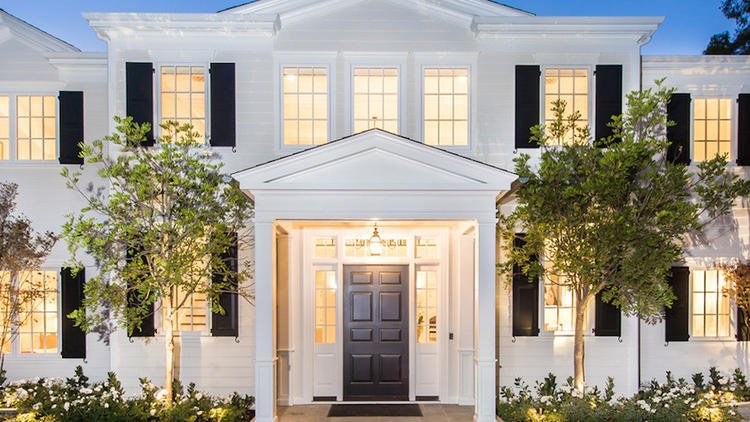 The 15,600 square feet of living space across three stories includes a library, a home theater, a Prohibition-style wine cellar with a drinking lounge, a gym, a game room, a sauna and two laundry rooms. An elevator services the three levels.

Among its high-end features is an air filtration system in the library designed for cigar smoking. Glass installed for the 1,000-bottle wine cellar also doubles as a flat-screen television.

The master wing is outfitted with a sitting room with a fireplace. There are nine bedroom suites and 14 bathrooms.

A wrap-around porch is equipped with ceiling heaters. A covered cabana with a barbecue, a refrigerator and a fireplace complete the grounds.”

Strahan, 41, is the co-host of “Live! With Kelly and Michael” and a Fox football analyst. The defensive end played for the New York Giants for 15 years and retired in 2008 after winning Super Bowl XLII. He starred in the 2009 TV series “Brothers.”